Sony a7S Review as it Compares to the Panasonic GH4

31 comments
1,980 views
22 min read
31 comments Watch LaterRemove Cinema Mode
The a7s and GH4 battle it out to see which one will be my new camera.

Prices for Equipment Used in this Review:

The a7s is another very important camera, this review will be just as long as my GH4 review. As with my last review you can jump to the conclusion if you don’t want to watch all the side by side comparisons.

Table of Contents for Video

Like I said before in my GH4 Review I am leaving Canon. The question is which one will be come my new camera, the Sony Alpha a7s or the GH4?

The GH4 and a7s is not an apples to apples comparison because one is m43 and the other full frame. I’ll say it right at the start if you need super creamy backgrounds easily get the a7s, if you easily get super detailed images easily get the GH4. In this review you will see me struggle which way I am going to go. 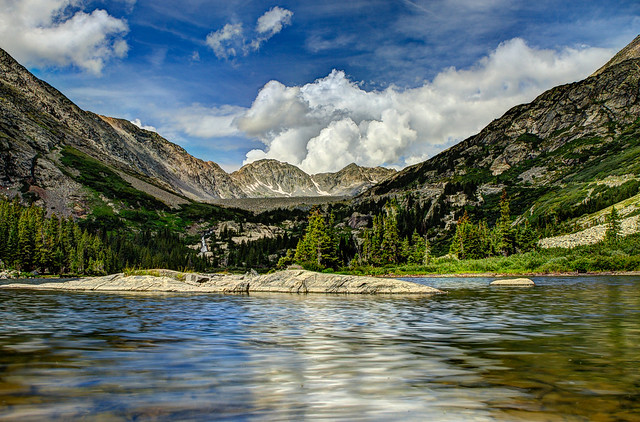 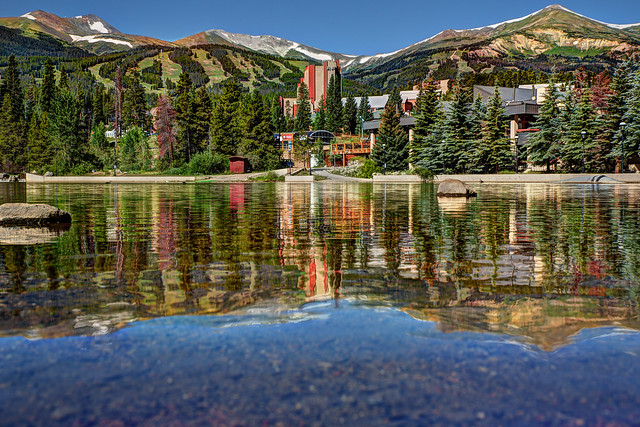 By now you have seen the amazing things this camera can do in low light, but I am more interested in the dynamic range. Like I said in my Gh4 review if the dynamic range of the a7S blew me away then I would pick the a7S as my new camera, so I thought that would be a great place to start.

I don’t have the facilities or the knowledge to accurately test dynamic range, but I think my tests will help you see which one is better in real life situations.

Before we can talk about dynamic range I need to talk about S-log2 which is a professional picture profile [PP7] that Sony has stuck in this consumer camera which can really make the most use of the sensor’s ability to capture the whitest highlights and the darkest shadows.

Ok, I gotta say I’m not even close to being an expert on this gamma curve, but have been learning a lot from testing it over and over and talking to many talented colorists who know this log curve much better than I do. 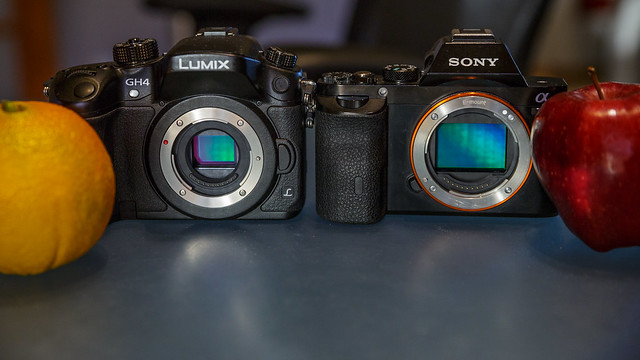 Basically S-log2 is a logarithmic curve that flattens out your image both in terms of contrast and saturation. The purpose of using it is simple, it gives you more latitude which can give you greater control in post. It’s important to know S-log2 will not always give you a superior image over other profiles in camera, but it will give you more options, what you do with all those options might make it worse than a more linear profile (I am guilty of doing this). Don’t confuse s-log with shooting raw which might look similar, raw gives you the greatest amount of control in post (you can’t actually see raw, in order to look at it, you have to make the raw into something, and generally that’s a log image). S-log2 is designed to be graded later in post by adding contrast and saturation back in.

While I am glad they have slog in the camera, and it will be fun to learn how to master it, right now I gotta say I am mostly frustrated with S-log2 when exposing for it and when grading it.

Exposing for S-log2 is tricky since you are looking at a milky image (low contrast). I have tried many ways of exposing, I have tried exposing middle gray two stops under like Sony recommends in their white papers, and while this method might give the greatest dynamic range, it also gives you the most noise. Because when you add a lot contrast you add noise. I found that exposing to the right of the histogram shows the least amount of noise, however it defeats the reason of using S-log for dynamic range.

Sony’s advice for exposing for s-log2:

Unfortunately the a7S can only record 8bit and in post, when you start adding contrast back, you might run into banding issues.

Juan Salvo who is a professional colorist said,

“8bit (consumer) + slog2 (pro) = not the best combination if you are going to give your footage to a professional colorist. When you stretch the log image out (add contrast) you will see on your waveform it breaking apart which is what causes banding. If that happens with skin tones than it is a world of hurt.”

Andy Shipsides at Abelcine on YouTube video at 4:20 says:

“… to really maximize and take advantage of slog I need to be in 10-bit. That is not the best option because 8 bit is truncating off a lot of data and it is really not a good recoding option for s-log”

“You really, really, really want to use 10bit recording, I can’t not emphasis this enough, it makes a huge difference when you grade, you can use 8bit, it is not impossible, it can be graded, it doesn’t look terrible but you will find 10bit preferable.”  12:00 “… because with 8bit you only 235 gray gradient of brightness, when you go to 12-13 stops of dynamic range when you grade it those steps will get pulled apart and you will see banding in the image, you want 1023 steps in 10bit”.

“I question the wisdom of shooting too flat with an 8bit codec. It requires a more forceful grade and that will introduce banding.”

Another issue with S-log2 is the lowest ISO you can shoot in is ISO 3200, so you are going to need a lot of ND. I am not sure a variable ND is the best because that is going to add a slight green color cast and the colors are already so desaturated that it might cause you even more headaches in post while correcting the colors. 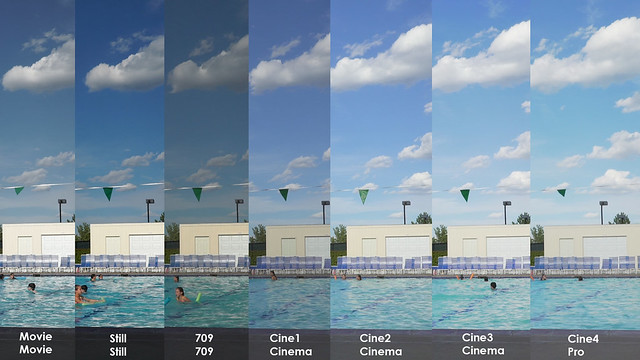 S-log2 is not all bad, I have had success with it in mostly low key situations. I never saw banding. Bring the contrast back into the image for s-log has not been my problem for me, getting the colors to be accurate is where I struggle. Slog2 gives the sky a flat steel greyish purple. You can get the skies to match but I screw up the foreground, you will be spending a lot of time pulling secondaries way too much. Again s-log gives you more options in post, but perhaps not every time with the best image quality. 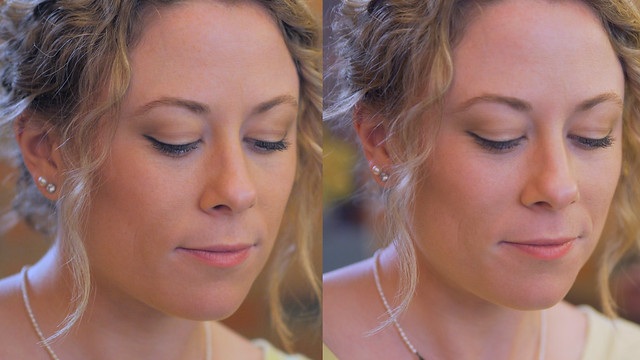 I’ve come to the conclusion that I’m glad s-log2 is on this camera and I have a lot to learn, I am sure I will only use it for extreme contrast situation, but for everything else I will use more linear profiles like Cine4. I spoke with 3 Sony users that have s-log with 10bit recording, two of them only use slog in high dynamic range situations while the 3rd person leaves slog on all the time.

Check out David Carstens video on S-log2 color that I demo’ed in the video.

Since I will only be using S-log2 occasionally, I needed another profile and after a lot of tests I end up liking Cine4 the most. 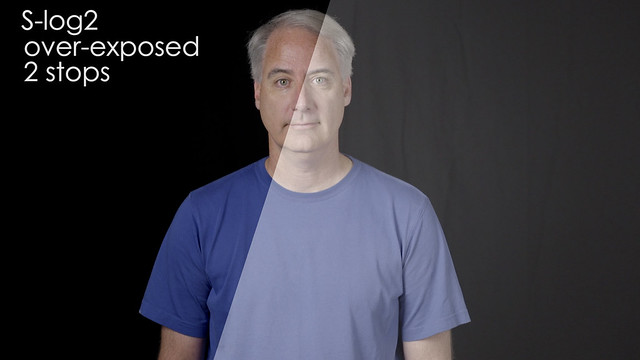 Concept with Cine4 and all my tweaking is to get as close of look in camera that I like and I can handle in post. Once I have that profile I then back off the contrast just a little so I have a bit of room in post to play. 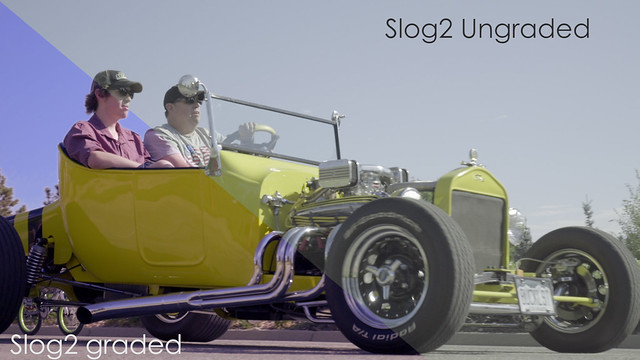 Both of these cameras are a huge improvement over my Canon DSLR cameras because the always crushed the blacks way to much and left no shadow detail compared to the GH4 and a7S. So big win over Canon however the way I shoot, the a7S has a little bit more dynamic range than the GH4.

Some say it is easier to get shallow DOF with a full frame compared to a M43, I am not sure if easy is the right word, perhaps it is less expensive, because you can buy really fast glass for the GH4 but it will be expensive compared to $120 50mm from Canon.

Paul Thomas Anderson whip pan – check out this video if you like to do whip pans, with the a7s you will need to correct for whip pans in AE.

You can get less rolling shutter if you use aps-c mode, check out Philip Bloom’s video on this.

Jason Wingrove says, “Rolling shutter looks worst in rolling shutter tests“. I think this is an important quote to remember when buying a camera.

Both of these cameras are clean from aliasing and moire. That is a wonderful thing!

Both however will get aliasing when you shoot at higher frame rates like 60fps.

Stills on the a7S

Which Camera is Right for You? 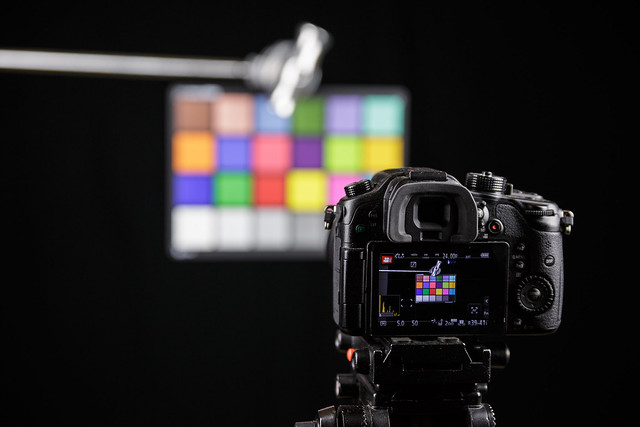 I have talked to Sony about each one of these items, perhaps others can voice their request: 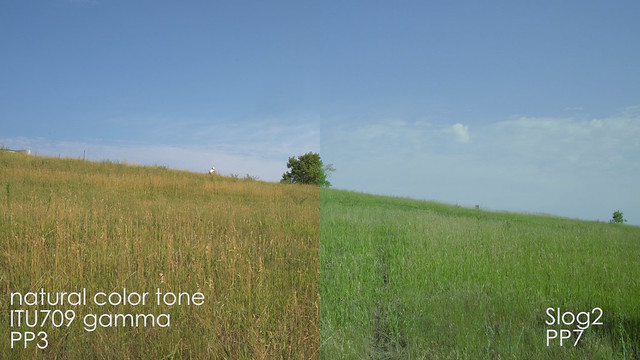 I used both cameras in 97° heat, they both did fine. The a7s is weather resistant.

You really need to turn the sharpening all the way down on the GH4 and then add a little bit back in post, if you are doing an interview I would pick the a7S as your close up.

I don’t want to understate the importance of the EVF on both of these cameras. Your exposure and focus will thank you.

The skin tones on the a7S can be challenging.

Would I use the Shogun for 4k recording once it comes out, I’ll try it but I have a feeling I would not use it much and just stick with 1080 for speed and convenience. Also the GH4 does have more detail than the a7S at 1080, but is the GH4 blowing the doors off the a7S like it did with the 5D, no.

Both of these cameras are evenly matched, and to put things in perspective they are better than the Canon DSLR’s. If you do a ton of two camera shoots you might want to buy two if the same camera. I will need more time in post to match them.

I have only been in this for 4 years while others have been in it for 20 years and they have seen shifts in the market. Perhaps I’m witnessing my first market shift. Let’s face it the 5D3 has been king for video for a long time. But reading about 1000 comments on my gh4 review sounds like a big shift going towards a7s and gh4. Canon need to do something, perhaps a 7D Mark II that will have all the features of a 1Dc but $2,000?

Two sets of people. The set like me that want the latest and greatest tools to make you shooting easier. I’ll admit it, if a tool can help with just a few of my deficient skills as a filmmaker than I’ll take it and jump to a new brand. I understand that the new camera will not make me into a Rodger Deakins but I’ll take any help I can get. The other set will not switch brands at all and will have patience to wait until their brand gives them a reason to upgrade.

At the end of the day I don’t want to carry the big heavy Canon 5D Mark III anymore!

As I make courses on these cameras and dive in to them further I’ll have a much better sense when to shoot with each and how to make them match in post.

So what am I going to buy?

Should You Leave Canon? 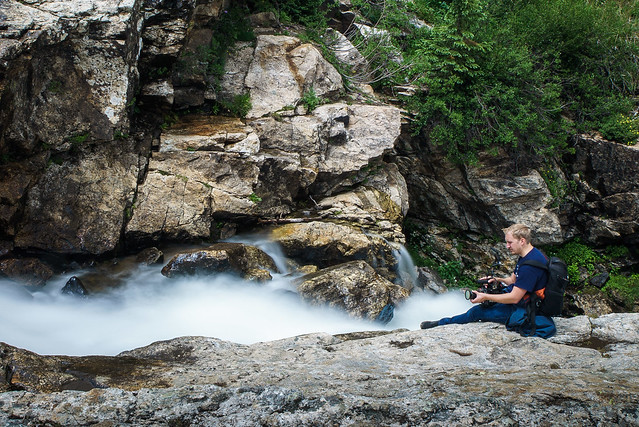